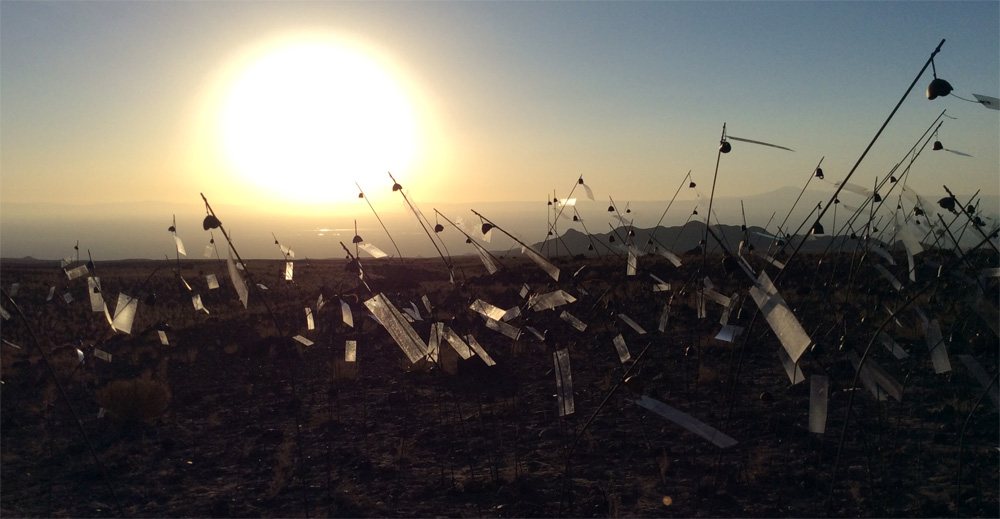 Christian Boltanski (Paris, 1944) started his career creating video and other works of an experimental and performative character. Throughout his career, he has been reviving memories filtered out in the course of history, presenting the lives (existences) and deaths (extinctions) of anonymous individuals and of groups whose history is fading.
Boltanski's pursuit of memories began with reconstructing memories of his own childhood. He then shifted to archives of memories of others. During the 1980s, a decade of vigorous debates about the reconsideration of historical consciousness, particularly in Europe, Boltanski was moved in response to the death of his father, a French Jew, to focus on the history and memories of World War II, especially the Holocaust. Incorporating such ordinary materials as photographs, clothing, and biscuit tins, his installations explored the univer-sal origins of humanity in a manner that was deeply moving to those who see them, evoking memories at the intersection of seeing and being seen.
This exhibition, Animitas — Les âmes qui murmurent (Souls who murmur), is Boltanski's first solo exhibition in Tokyo. It is being held in the former residence of Prince Asaka, a building whose history was formed during a period of significant turning points and one filled with memories of those who once resided here or visited the residence. In the dancing shadows, in the anony-mous gazes, in the hundreds of wind chimes playing faint tones in a land far away, and in the quiet voices, the animitas, the souls manifest themselves. These souls are not only those of the past, already lost. Boltanski learned of animitas, "little souls" in Spanish, while working in Chile. Derived from anima, the Latin word for soul and life, animitas refers, in Chile, to small roadside shrines to the dead. Here souls that do not exist (or might have existed) in the here and now and souls as yet unborn tell us that we and countless others do exist in this world, and live here together.
Each time the gaze of visitors to the Tokyo Metropolitan Teien Art Museum of Art encounters that of the animitas, time, space, and memory will mingle to form a new gaze, a gaze perceiving a world that transcends the conventional boundaries of an art museum.

With the co-sponsorship of